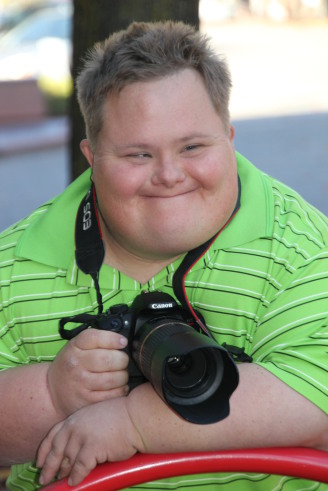 Brandon Boas is a landscape photographer located in Columbus, IN. Brandon became interested in photography at an early age, and has continued to persue his passion. Brandon began taking pictures when a close family friend, a fellow photographer, showed him some of his work and photography equipment. After, at the age of 10, Brandon got his first camera, a little yellow Kodak. Since then, Brandon hasn't put a camera down.

Brandon's work has been featured on Indiana's WISH TV Channel 8, Columbus' WRZQ radio, the Columbus Republic and several other local and state publications. His photographs hve appeared in many photography shows, competitions and galleries throughout Indiana.

To learn more about Brandon and his work view this short video created by The Arc of Indiana: https://www.youtube.com/watch?v=YwDFbbX3Ma8